I don’t know what first prompted to make these, but my boyfriends from Wales (even though he has lived here in Melbourne since he was 8 and has an Aussie accent) funny, thinking he was fluent in Welsh as a little boy…..but I wanted to see if he’d had these. Maybe the taste would spark off a distant memory or help to take him back to a certain time…he answers my questions rarely as his memory isn’t the best but I love the snippets I get every now and then (mostly from his mum).

I’m from Surrey, which is the South East of England, on the border to greater London – so when I met this Aussie sounding fella, it was weird to discover our dads worked together at the same bank….so we could have danced (or wobbled) at Christmas parties together…… 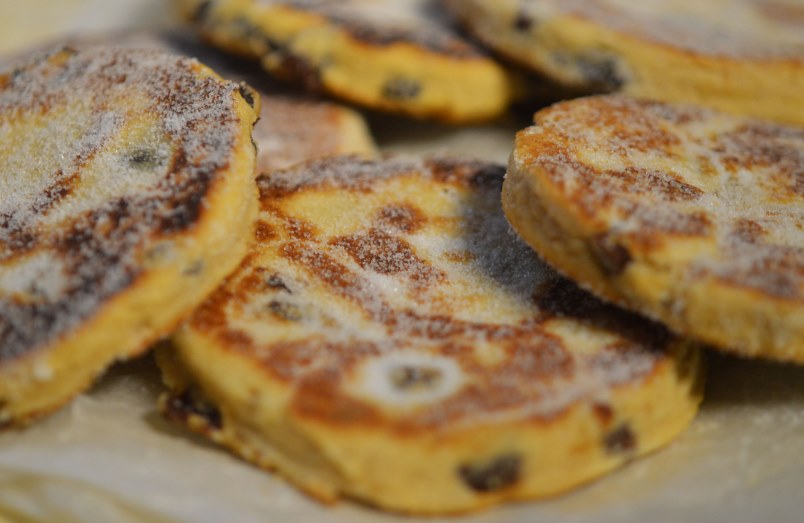 I’ll tell you now my plan failed me – but he did like them very much and so did his office. They are best eaten with butter and jam or cream as not too dissimilar to a scone. Perfect for making with kids as they are so simple and fun to make too. 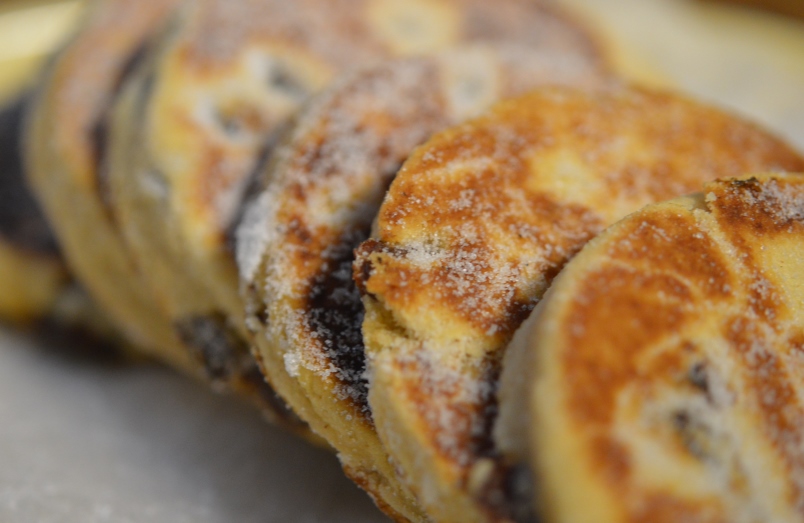 I’ll stop waffling on, as I’m in that mood…… 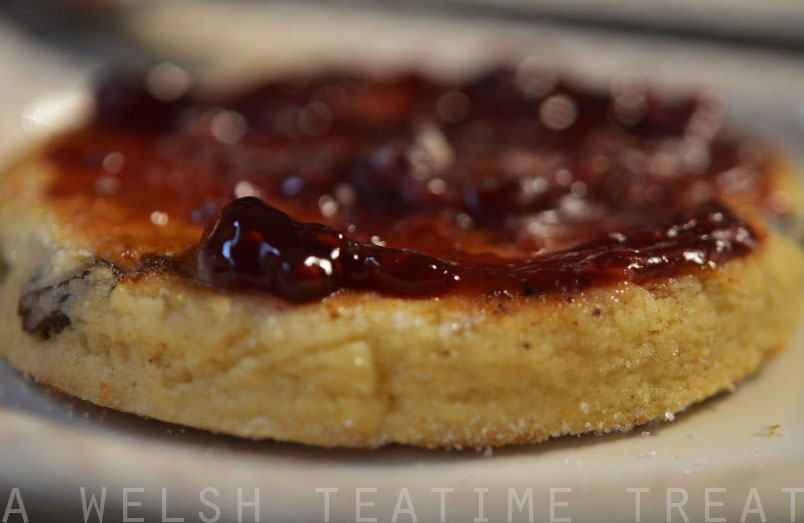 In a large bowl, add the flour, sugar, spice, baking powder and a pinch of salt.

Add the butter and lard and rub between your fingers (as if making a crumble) until like rough breadcrumbs.

Mix in the currants and then the egg (I used my hands) but a wooden spoon would suffice, until you have a soft dough. Add a splash of milk if too dry (be careful, only 1 tsp). I didn’t need milk (probably because I used a large egg), but you want the dough to be like short crust pastry.

Lightly flour a work surface and roll out your dough so it’s about the thickness of your little finger. Cut out rounds, using a 6cm cutter and place on a sheet of baking paper. Re-roll and cut any trimmings so nothing is wasted. 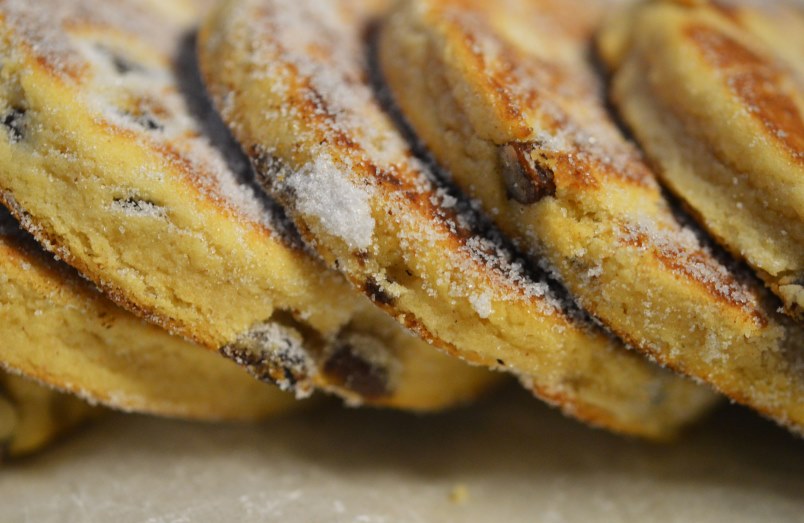 Grease a heavy frying pan with lard and place over a medium heat. Cook the cakes in batches for about 3 minutes each side until golden brown and cooked through (careful turning as they can easily break).

That’s it! Great served warm but also keep well in a tin for about 1 week (if they last that long). 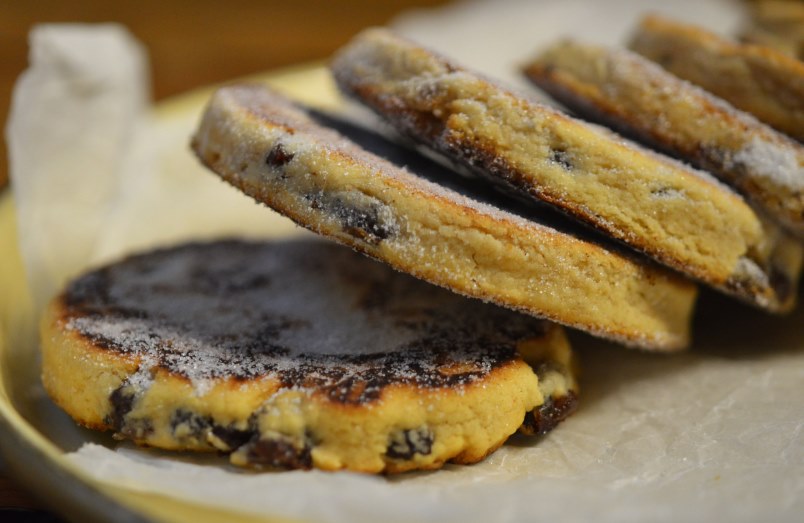